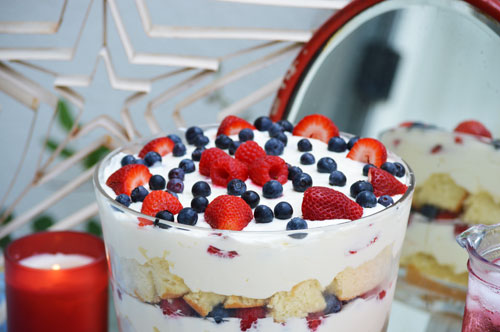 Although the Fourth of July feels like summer’s halfway point, it’s really just the beginning.

By the calendar’s authority, there’s still plenty of summer left.

I grew up in Pittsburgh where each season makes a clear-cut appearance. But living in Florida, it’s hard to keep track of the months and holidays because they all feel one way.

It feels as if summer slides right into winter.

I sweat through September and Halloween and all of a sudden it’s Thanksgiving and Christmas is on the way. 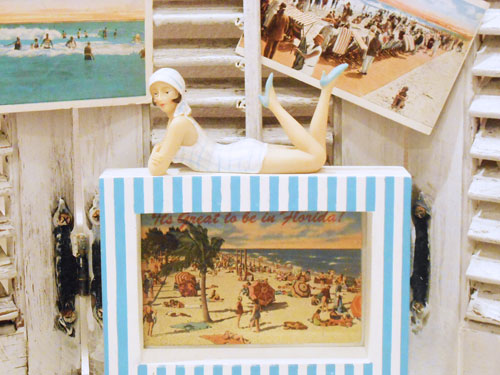 But I like having some of summer all year round. With just a splash of the other three seasons thrown in.

And if I could choose, I’d like the season of summer to be where my life permanently resides.

I’d choose to sprawl and lounge, basking all the time in the sunshine.

I'd like my life to be about cherries, berries and cream all year long. With none of the pits and pitfalls.

But it doesn’t work that way.

And I’m learning to appreciate the other seasons. 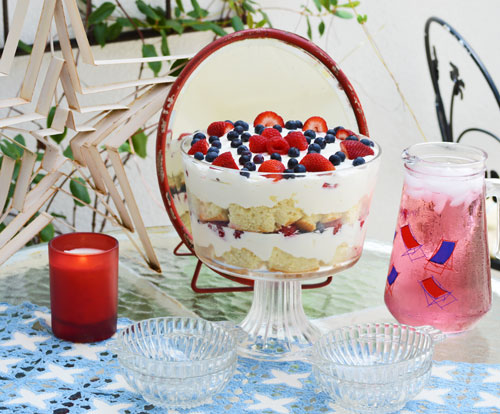 Because those cooler seasons are when I learn the most.

About God, about myself, about others.

And I have so much more to learn about others. About giving and accepting and esteeming and encouraging.

This week, a friend sent me a message that he felt God put me in his life for a reason.

For this season. To encourage him. To move on to the next season of his life.

I know that my life can't always be filled with firecrackers, sparklers and big bangs.

Sometimes what I’m doing fizzles, cools and gets snuffed out.

But even though it feels like my life is at the halfway point, I'm learning that there’s still plenty of summer left. 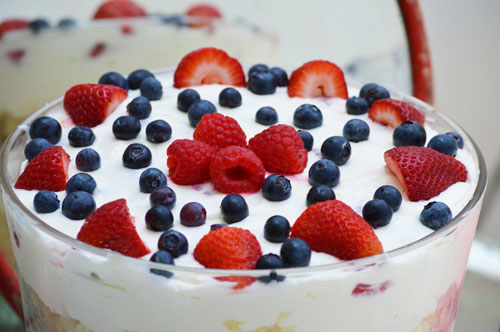 Summer Berry Trifle
I bake a white or French vanilla cake (Duncan Hines) in a 9x13 pan according to the directions on the box, but you can use store-bought angel food cake or pound cake, too. I use strawberries, blueberries and raspberries, but any kind of berry will work.

Beat together the cream cheese, sour cream, sugar and vanilla until creamy. Fold in the Cool Whip. Cut the cake into small pieces and layer the cake, filling and fruit in a deep bowl or trifle bowl. (I start with cake, but you can layer in any order, as long as the top layer is the filling.) Garnish the top with fruit. Chill.
Email Post
Labels: Baking Faith Lifestyle