A Prayer for Lizards, Frogs and Courage

I’m not crazy about all of the bugs and creatures that creep and crawl in Florida. Although I don’t really mind them as long as they stay outside, they insist on invading my living area uninvited. I’ve had citrus rats run rampant in my attic. An armadillo take up residence under my front porch. Tiny toads hop around my bedroom. A lizard stare up at me from inside the bathroom scale. Carpenter bees fly out of an antique shutter I attached to the wall in my living room. I've watched in horror as an enormous cricket fell feet first out of a light in the bathroom ceiling and came dangerously close to contaminating my expensive makeup brushes. I’ve had a frog shock me by jumping down my shirt as I watered a hanging plant. I’ve turned around while driving to see a toad sitting in the back seat of my car, looking every inch the attentive passenger out for a Sunday drive.

I am terrified of them all. I’ve tried various gizmos to catch these things. I have a broom with a long handle. I have a butterfly net. I have something that looks like a mini tennis racket that sends electric shocks to pests when you press the button. The problem with all these contraptions is that I have to get close enough to the bug, frog or lizard to actually put them to use. One thing I’ve learned is that having my house regularly sprayed for pests is an absolute necessity. A good Bug Man is a girl’s best friend. As I make my report to the Bug Man on what I’ve seen (pest-wise) since his last visit, he shakes his head. “You realize, don’t you,” my Bug Man said. “That you’re living in the wrong state.”

I guess I am. And I’m living in the wrong state of mind. In fear. I wish I had the courage to catch lizards with a cup. Sweep frogs out the door with a broom. But I don’t. Instead I rely on the benevolence of my brother-in-law, the prayers of my niece and the optimism of my nephew.

Nathan, who is eight, announced to me that he was a starting a new business. He said he would now be operating a courtyard-cleaning business. For a fee, he will sweep leaves, hose the dirt off, and check the plants for frogs and lizards. I thought this sounded great but I asked him what would happen if he spotted a frog or lizard. He said he would call his dad to come and remove it.

Thankfully, my brother-in-law good-naturedly arrives within minutes of my calls for creature-removal. His most recent housecall involved catching the largest frog I’d ever seen on my courtyard. He insisted on capturing it in a Ziploc bag, carrying it through my house, where I had the horror of seeing it up-close-and-personal, and out to his car, where he drove it to a neighborhood pond. 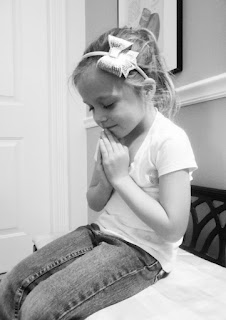 Just last week a tiny lizard got in my house but I lost track of it. The next day with Devon over, we saw it caught in the track of my sliding glass doors. I got a cup and was going to try to catch it. But Devon pleaded with me to wait. “I’m going to pray,” she said. Then as I walked toward it with the cup, she had second thoughts. “I think we should call Mommy.” We did and with two humans against a tiny lizard, we managed to get it on the outside of the screen.

It’s kind of silly sometimes what we’re afraid of. When I’m outside and see creatures crawling in their own habitat, I am full of courage. I CAN catch them. They look tiny. But inside my house, where they’re not supposed to be, they seem so much bigger, faster, scarier. Isn’t that what our fears look like sometimes? Bigger than life? But after conquering a fear, it’s often much smaller than it seemed. And I wonder later what I was so afraid of. 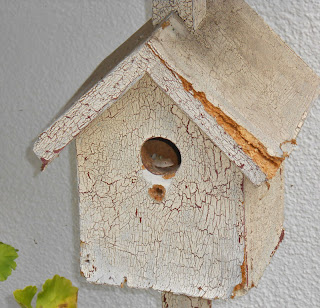 I wish I were more confident about my fearlessness in facing lizards, frogs and other creatures that insist on coming inside my house. But one thing I am sure of. I’ll have another chance to put my bravery to the test. With some sort of creepy, crawly creature. And if my courage fails me, my brother-in-law is only a phone call away.
Email Post
Labels: Family