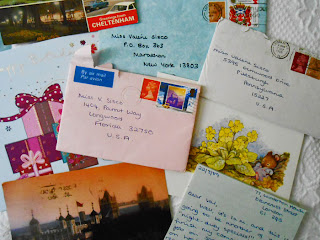 Gail is quite possibly my oldest friend. But in the more than 30 years we’ve known each other, we’ve only seen each other three times.

We were teenagers when we became pen pals. Hoping to meet girls from other countries, Gail submitted her name and address to a newsletter distributed to Avon product representatives, which my mother sold at the time. Gail and her mother sold Avon in Cheltenham, England, an hour outside of London.

My mother handed me the newsletter and I wrote my first letter to Gail. The first of many over the next 30 years. Gail calls us “pen-friends” in that charming way that the British turn a phrase. 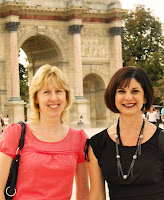 When she made plans to meet my mother and me while we were in Paris, I was over the moon (as they say in Britain).

Gail and I are similar in many respects. Neither of us has gotten married, our faith is important to us, and we enjoy art, culture and history.

But Gail adores travel. She’s always off to explore a new destination. The first time we met, she was embarking on a year-long trip around the world that started at my house in upstate New York and ended in Australia.

She got off the plane carrying only a backpack for a year’s journey. Out of this bottomless Mary Poppins-like bag, she pulled hostess gifts that included a glass vase for my mother and a large photograph book of Prince Charles and Princess Diana for me.

She stayed with us for three weeks that fall and she was amused at how much Americans like pumpkins. She remarked that we decorate with pumpkins, we eat them in pumpkin pie and we even call our children “pumpkin,” as an endearing nickname. 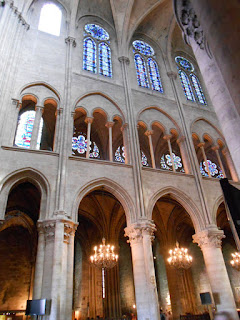 Through the years, Gail’s letters have included numerous articles and newspaper clippings of the British royal family, which she knew I enjoyed.

I always looked forward to her holiday and birthday cards, thoughtfully selected with her exquisite taste in beautiful artwork.

We’ve celebrated personal milestones of graduations and first jobs, and commiserated over the shocking world events of Princess Diana’s death and 9/11.

But when we saw each other in Paris, it was as if no time had passed since our last visit, when she came to Florida almost 10 years ago.

As always, we settled into easy conversation. I’m entertained by her dry British wit. Her most amusing stories revolve around her aversion to technology. She carries a cell phone for emergencies only. She hates Facebook. She checks email only from her computer at home, which she just upgraded with an offer for a free modem. Her story of trying to install it herself since she knows nothing about technology had me laughing til my sides hurt. 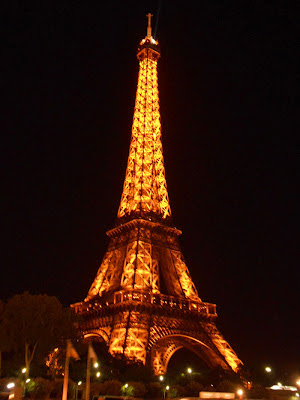 In Paris, we took an evening cruise on the Seine River to enjoy the Eiffel Tower by night.

We toured Notre Dame and stopped for crepes afterward.

We strolled the Jardin des Tuileries between the Louvre and Place de la Concorde, and toured the Musee d’Orsay to see the art of the impressionists.

Gail suggested that we experience an authentic French meal so we had a three-course dinner at a café on Boulevard St. Germain. I had a fantastic vegetable salad with fresh green beans, flaky salmon baked in butter and for dessert, crème brulee. C’est magnifique! It was by far our best meal in Paris, thanks to Gail.

As she returned to London aboard the Eurostar, Gail joked that we see each other once a decade.

I don’t know how long it will be until we meet up again, but I know we’ll always keep in touch. Our letters have turned into emails, accompanied by the occasional note or holiday card.

But I’ve saved every one of Gail’s letters and cards just as she has saved all of mine, because someday when I’m very old, I’ll enjoy reliving our friendship.

Somehow even separated by an ocean, the friends you have the longest mean the most.