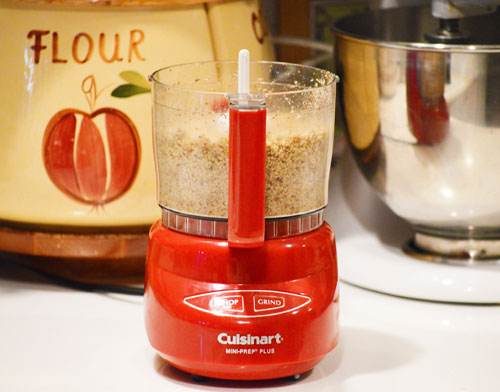 I’ve been trying to recreate my grandmother’s nut roll recipe for about 10 years now.

Last weekend I made them for Easter and they were as close as I’ve ever gotten them, but still not quite right.

My grandmother’s nut roll – pastry dough with a sweet mixture of walnuts inside – was her specialty from her Eastern European/Bohemian heritage.

But she knew the recipe by heart and never wrote it down.

Every time she visited, I told her I wanted her to show me how to make them but she’d roll her eyes and say they were a lot of work and we needed a lot of time. Somehow we never got around to it. 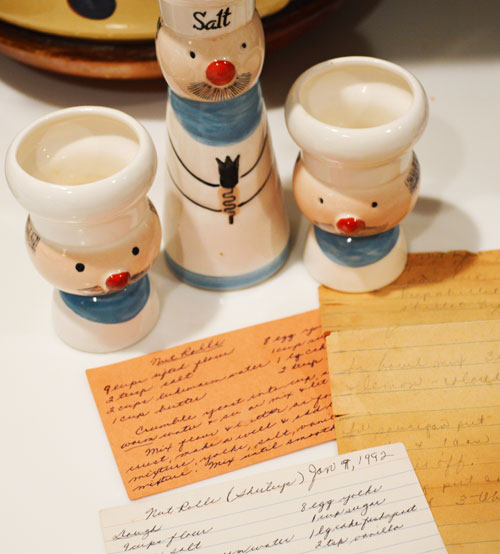 After my grandmother died, my mother found recipe cards tucked in her purse with my aunt’s version of nut roll, which was a little different from hers.

I’m not quite sure why she carried recipes for nut roll in her purse.

Maybe she just never knew when the urge to make a quick nut roll would strike her and she wanted to be prepared.

All I have of my grandmother’s recipe is a faded, barely legible, pencil-scrawled paper that my mother wrote years ago as my grandmother obviously dictated it to her.

Even though my mother made an effort to record the recipe, she has never attempted to make nut roll. She says she ate it so often growing up that she never wanted to make it and paid little attention to how it was made.

So I searched online for similar recipes and found the dough and nut mixture have more variations than I would have thought possible. 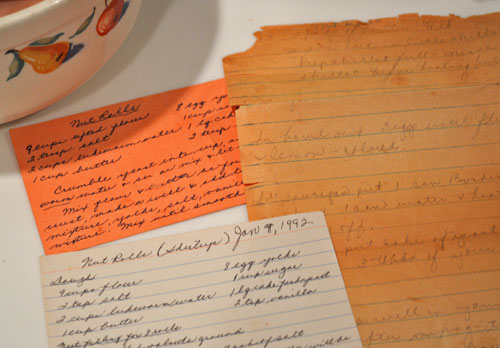 My grandmother’s nut rolls were incredibly soft and chock-full of nuts.

But her instructions are vague and just a little bit crazy.

She says to put 2 pats of butter and some lard in a little skillet and heat it, always keeping the skillet full.

She says to smoosh (is that even a word?) the cake of yeast.

She says to beat the eggs until they are the color of lemons.

She says to add a scant cup of sugar.

She says to heat the milk until the chill is off.

She says after you add the milk to the dough, there should be a half-inch of milk left in the pan.

She says to beat the dough until it’s satin-y and she notes in parentheses, "a long time."

She says after the dough is mixed, to cover it with a coat and put it in the oven to rise.

She says you’ll know the dough has raised enough when it hits the top of the pan.

The real miracle is that I can even come close to any imitation of her nut roll after following such a sketchy recipe. 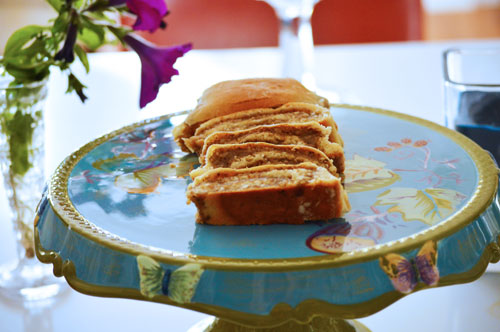 This time, I decided to use the ingredients my grandmother used (substituting butter for lard) and follow the directions of my aunt’s recipe.

To make it even trickier for myself, I cut the recipe in half since it makes a mind-boggling eight rolls.

I rolled the nuts in the dough and then let them rise for an hour.

I still mess up the yeast part.

It didn’t look like they raised at all to me. But I baked them anyway after an hour and surprisingly, they weren't quite right but pretty close.

I know my nut rolls will never taste exactly like hers did. And if she knew how hard I try to recreate them, she would probably laugh and say they aren’t worth the trouble. 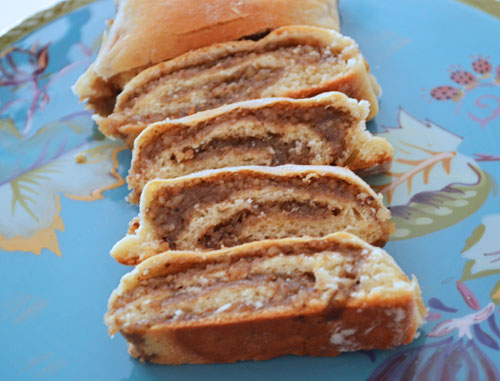 But I can remember exactly how her nut rolls tasted.

The dough was pillow-soft and baked a golden brown.

The nuts were ground fine so the creamy, almost buttery, sweet nut mixture melted in your mouth.

My memories of my grandmother and holidays and family are all folded into that nut roll.

When as a little girl, I listened as my grandmother and aunt compared their nut rolls with critiques of dough that was too dry, nuts that were too sparse or yeast that didn’t rise.

When I laughed when they said they should have thrown them out; they weren’t fit for anyone to eat.

When I understood how passionate they were about making delicious food for our family gatherings because that’s how they showed their love for us.

When I felt connected to them because no matter how young I was, they never told me to run out and play but granted me the gift of listening to them talk.

A gift of a family identity that keeps unfurling over the years to show me where I came from.

And when I make my version of nut roll, I unfold their tradition of past generations into the here and now so I won't forget about them tomorrow.
Email Post
Labels: Baking Family

New comments are not allowed.