Bringing Our Lives to Life 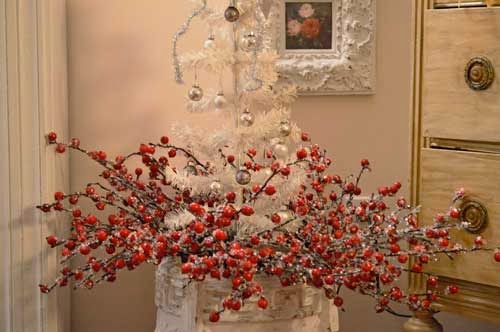 I’ve been shopping for holiday flowers and greenery for the garden planter that belonged to my grandmother.

This cement planter now sits in my living room and was one of a pair that resided on her front porch for as long as I can remember.

Now my sister and I have them. We drove my brother-in-law’s enormous pickup truck from Florida to Pittsburgh when my grandmother’s house was sold after she died.

We packed the two cement planters, a green metal chair that always sat on the porch, her rusty porch glider and a whole lot of other stuff in the truck. Stacked precariously and covered by a blue tarp in case of rain, we rolled down the Atlantic coastline with our precious cargo.

I stored the glider for many years in my parents’ garage until I very reluctantly decided to let them haul it to the curb for the trash. I had dreamed of making the glider into a couch, but I never had the space for it. 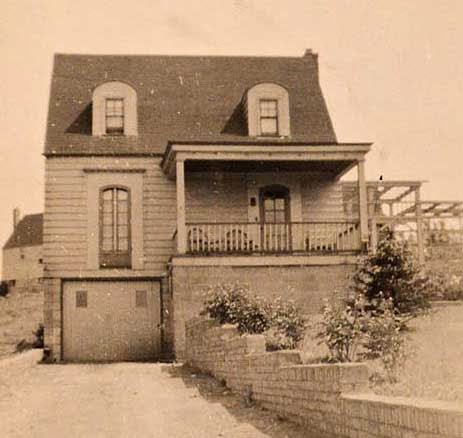 My grandmother had lived in her house since the 1940s but after she died it was sold to a contractor. It had been difficult for her to keep up with repairs and improvements through the years and was badly in need of renovation.

Recently I stumbled across new photos of the house online and discovered it was sold last summer.

Although I knew the house had been remodeled and strangers now lived there, looking at the photos was definitely eerie.

The original hardwood floors were replaced with laminate. The beautiful old wooden doors were gone. The kitchen had new laminate counters and cabinets.

But the kitchen curtains in the photos could have been my grandmother’s. The sunflowers on them were so similar to the curtains that hung in her kitchen for years that at first I thought the new owners had kept them.

Then I realized that couldn’t possibly be true.

Looking at the online photos, I noticed that the yard was different too.

The sloping front yard was leveled and the tree was gone. A giant fir tree had stood in the front yard for more than 60 years. It had Christmas lights hidden deep inside its branches that had been there since the last year my grandfather strung them before he died in the 1960s.

The old stone wall that lined the driveway and went all the way to the backyard was removed.

On my last visit to the house, I pulled out one of those stones from the wall and took it with me. The stone reminded me of everything about my grandmother’s house.

I jumped from that wall from the time I could walk.

I sat on that wall, dangling my legs, while I kept an eye on her next door neighbors.

I clambered up and down that wall, running around the yard with my cousins, while grown-ups talked on the porch.

Even though I’m glad the house has been given a new lease on life, it’s hard to think about someone else making it their home.

But that house is just a frame.

For the lives of all who lived inside it.

For my mother and aunt who roller-skated down the halls.

For my grandfather who yelled at them from the living room to simmer down.

For my grandmother who made nut roll and ham salad and apple pie in the kitchen.

Without them, it's just wood and nails and shingles.

Doors and windows and stairs and walls.

When I flip chocolate chip pancakes in the kitchen for my niece's Saturday morning breakfasts.

When I put on my party hat and light firecrackers in my driveway to celebrate New Year's Eve with my nephew.

When I set out steaming mugs of coffee and pull chairs up to my counter when a friend stops by with her new baby.

When I invite my colleagues to an after-work gathering of desserts set out on my dining room buffet.

I'll be bringing my house to life as I decorate for another year's holiday season.

And I think I'll start by placing a wreath of frosted winter berries on the rim of my grandmother's planter with a snowy white fir tree tucked inside. 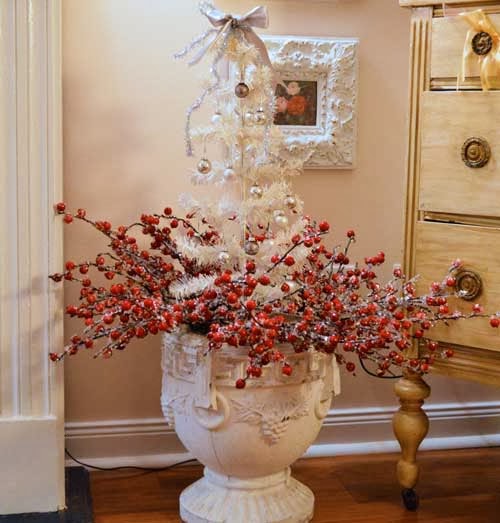 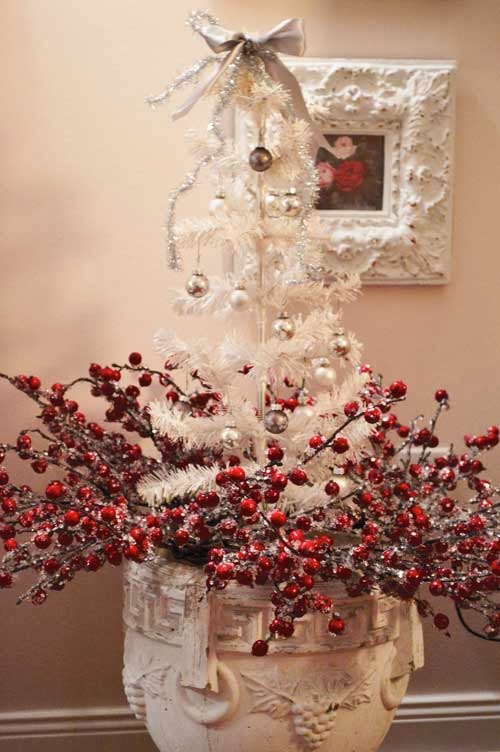