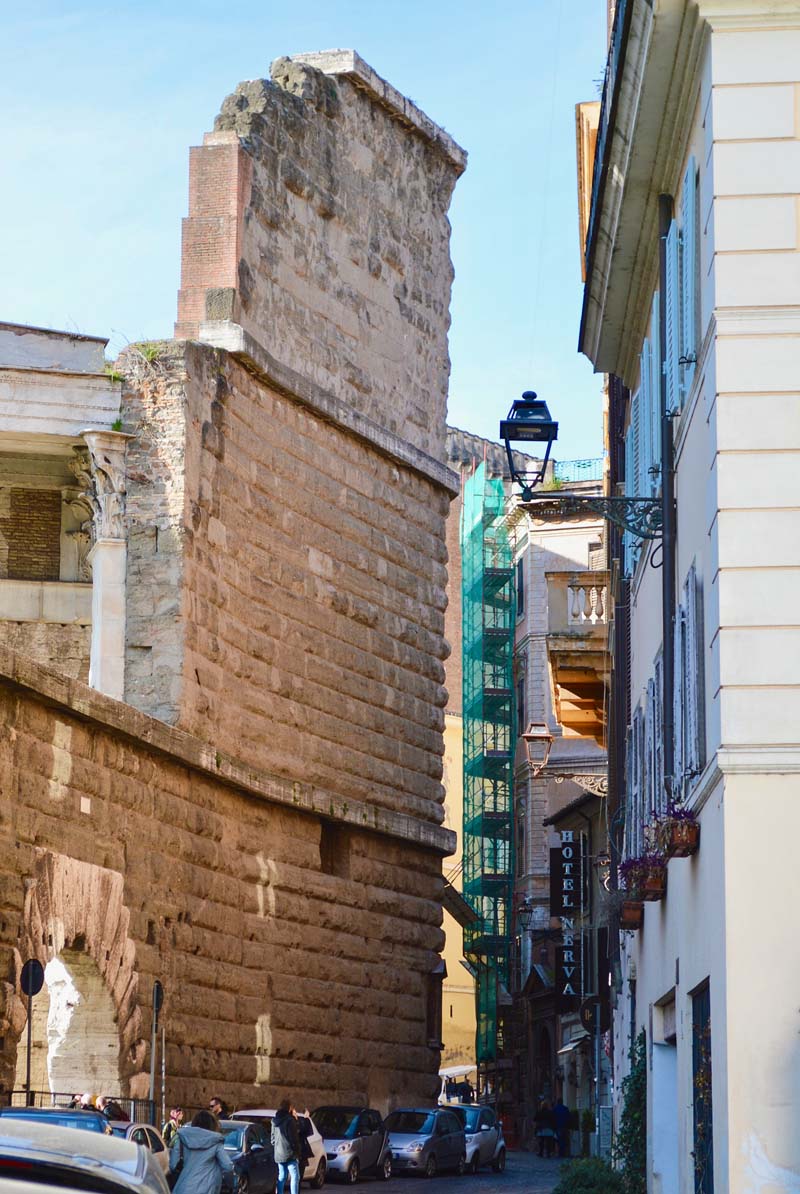 I went to Rome hoping to experience it as the Romans do.

I wanted to peek under the layers, walk down hidden alleyways, and notice what was tucked between the landmarks.

I wanted to see Rome, but with the insight and expertise of a local.

That was my idea anyway, and what prompted me to join a tour with an American who had lived in Rome for nearly 30 years.

She offered an insider's view, with visits to her favorite eateries, accommodations in an apartment a few doors down from her own, and a welcome dinner in her very own Roman kitchen.

This was the hidden {and delicious} Rome I wanted to see, and it convinced me to take the trip. 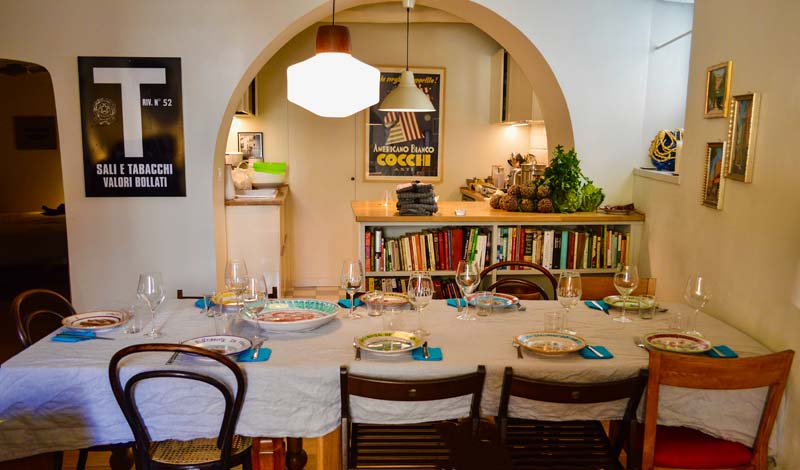 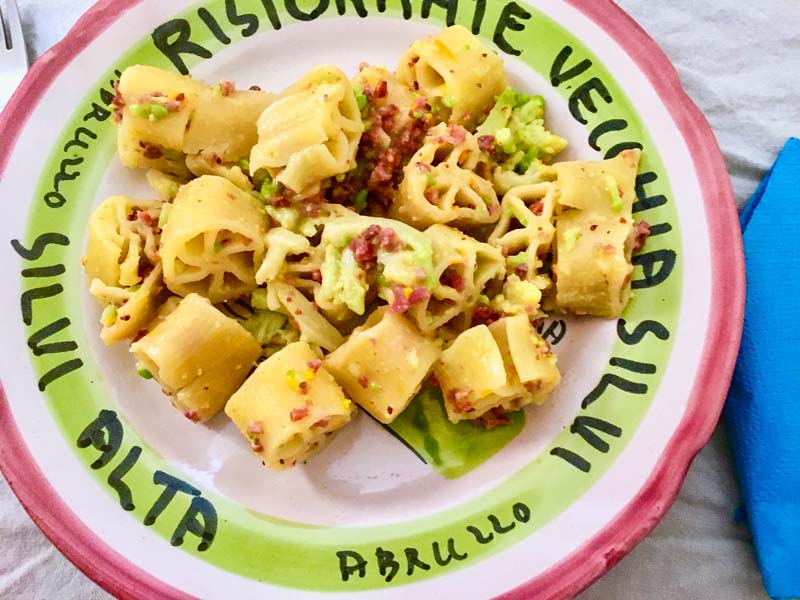 Since I live in a tourist town myself {Orlando, Florida} I know there's far more to see here than just theme parks. But you have to get off the beaten path to notice what's tucked beside our scenic lakes and hidden inside our artsy neighborhoods.

Learning to appreciate the in-between spaces of our lives takes some effort and practice.

I've actually spent a lot of time there through the years. Between jobs, between homes, between trips, between friendships, to name just a few.

But those spaces -- sometimes empty and discouraging, often silent and disorienting -- offer the richest, deepest times of contemplating who God is to me.

As uncomfortable as it may feel, that's how my faith is stretched, how my spiritual habits develop strength, and where I replenish my heart's supply of hope and joy and anticipation for the journey ahead. 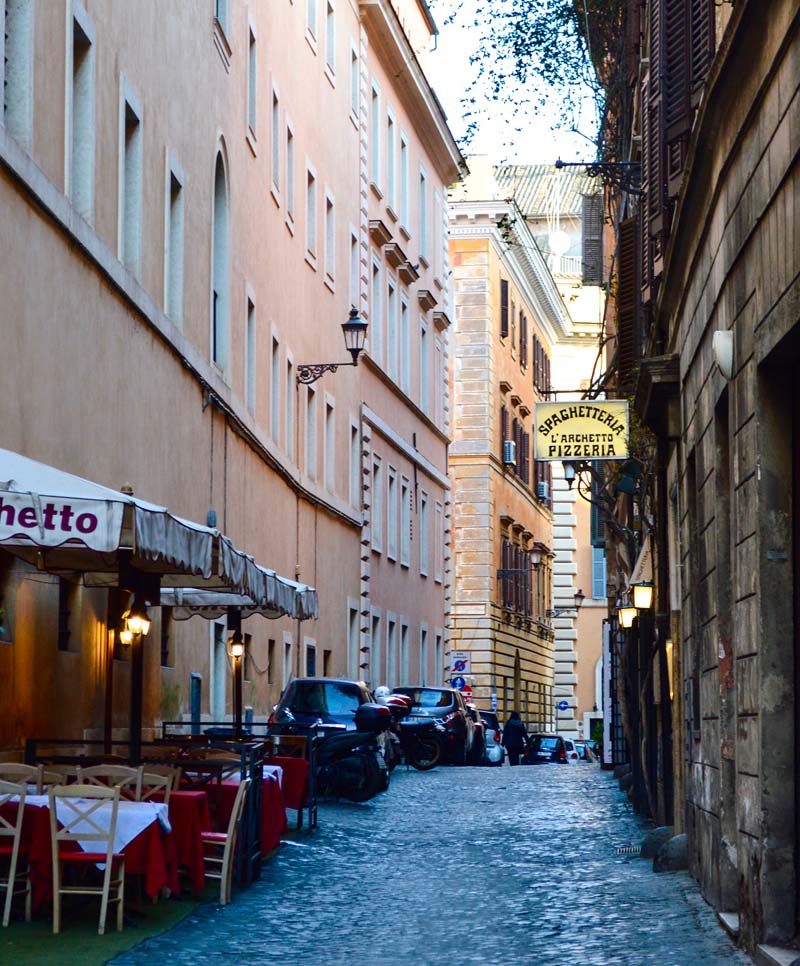 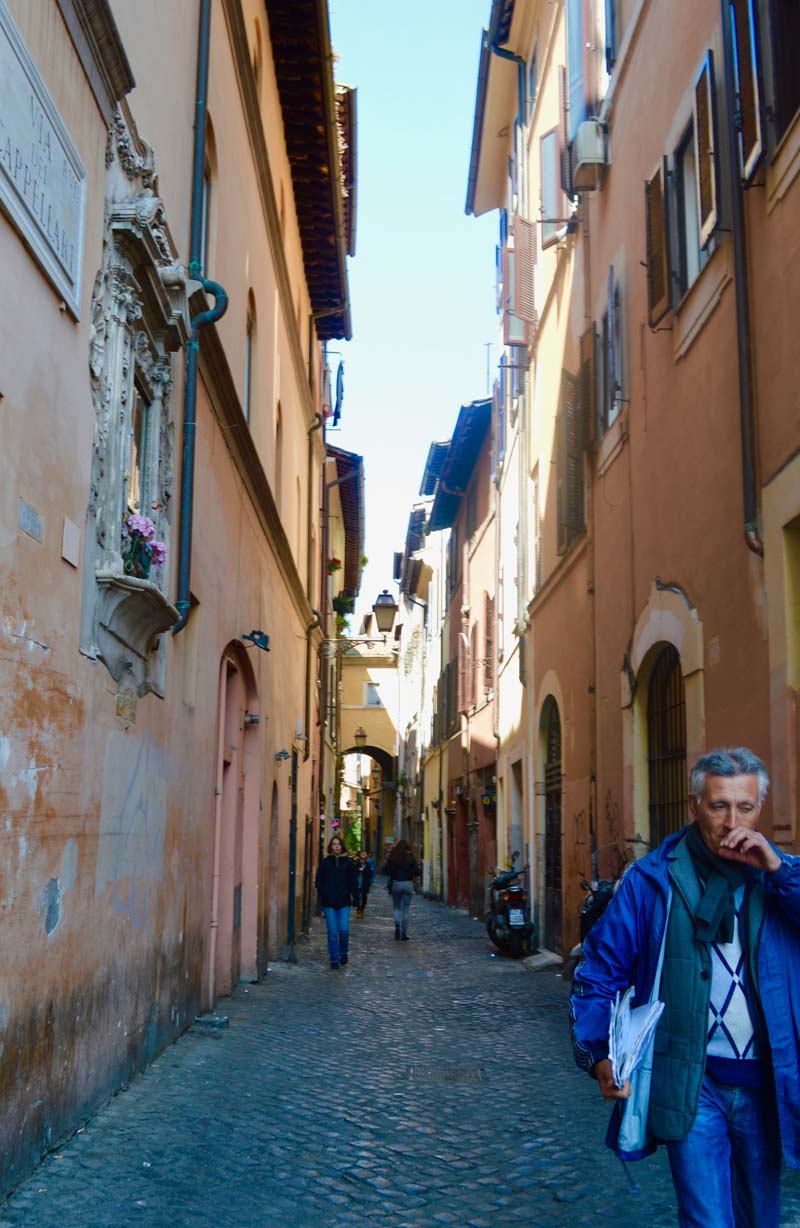 When I'm stuck in-between, looking at where I've come from and longing for where I want to go, the in-between connects what's been and what's yet to come.

It's the bridge, not a chasm. It joins, not separates.

The in-between welcomes me into its confining space {that actually feels protective} to stay awhile and seek a different perspective from God that's different from my own.

That's when I see what's previously escaped my notice.

Like a glimpse of the stark profile of the Colosseum between the buildings or the top of a church steeple rising above the fountains or a cross embedded in the windows of an apartment. 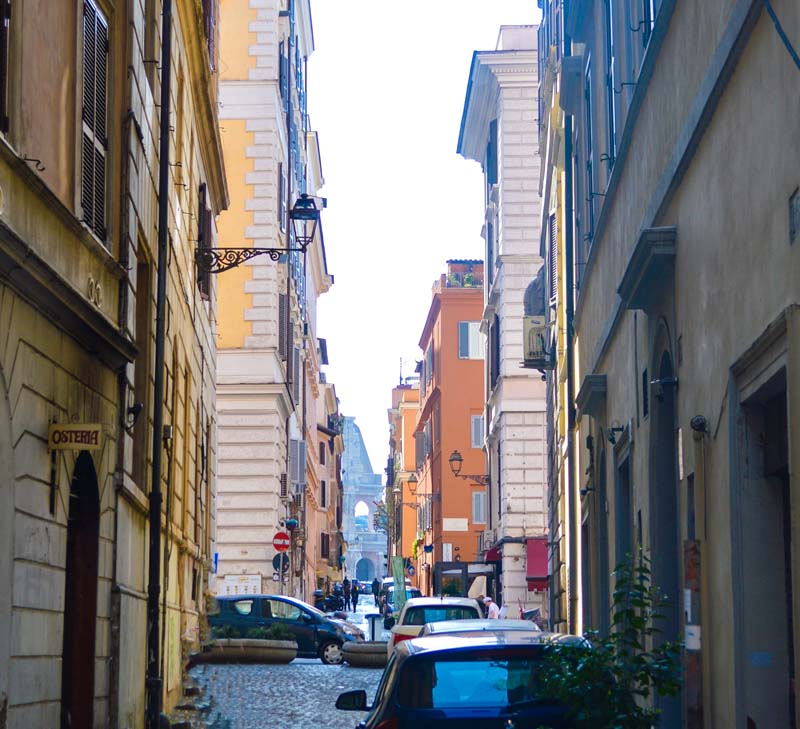 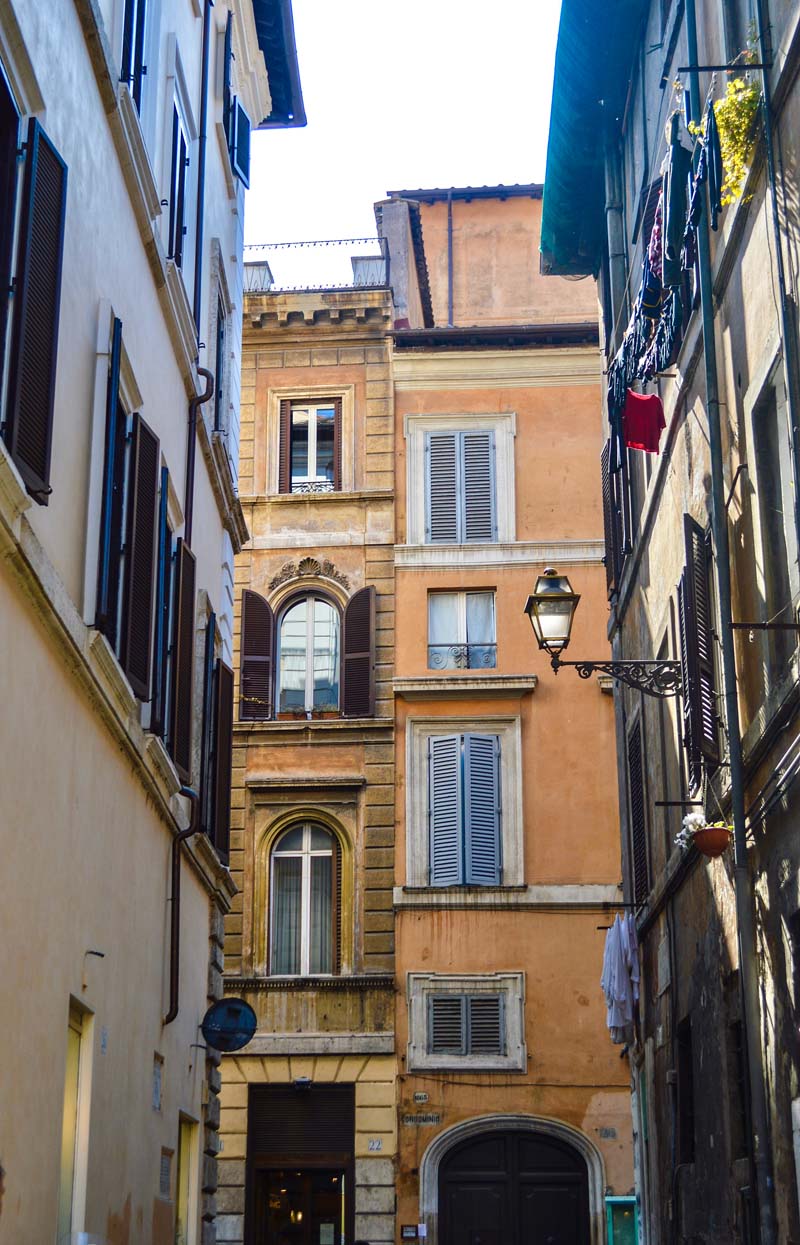 Did I really see a cross?

In Rome as I kept an eye on the uneven cobblestones {and promised myself I'd find flatter shoes next time} I tried to look down every street and around every corner so I wouldn't miss something extraordinary.

But in a city where crosses are common and images of Mary and saints abound, I wasn't sure if a cross was meant to be in the window ahead of me or if the windowpane just looked like a cross from where I was standing.

And maybe that's part of the mystique -- the awe, really -- of trying to see our lives more like God does. 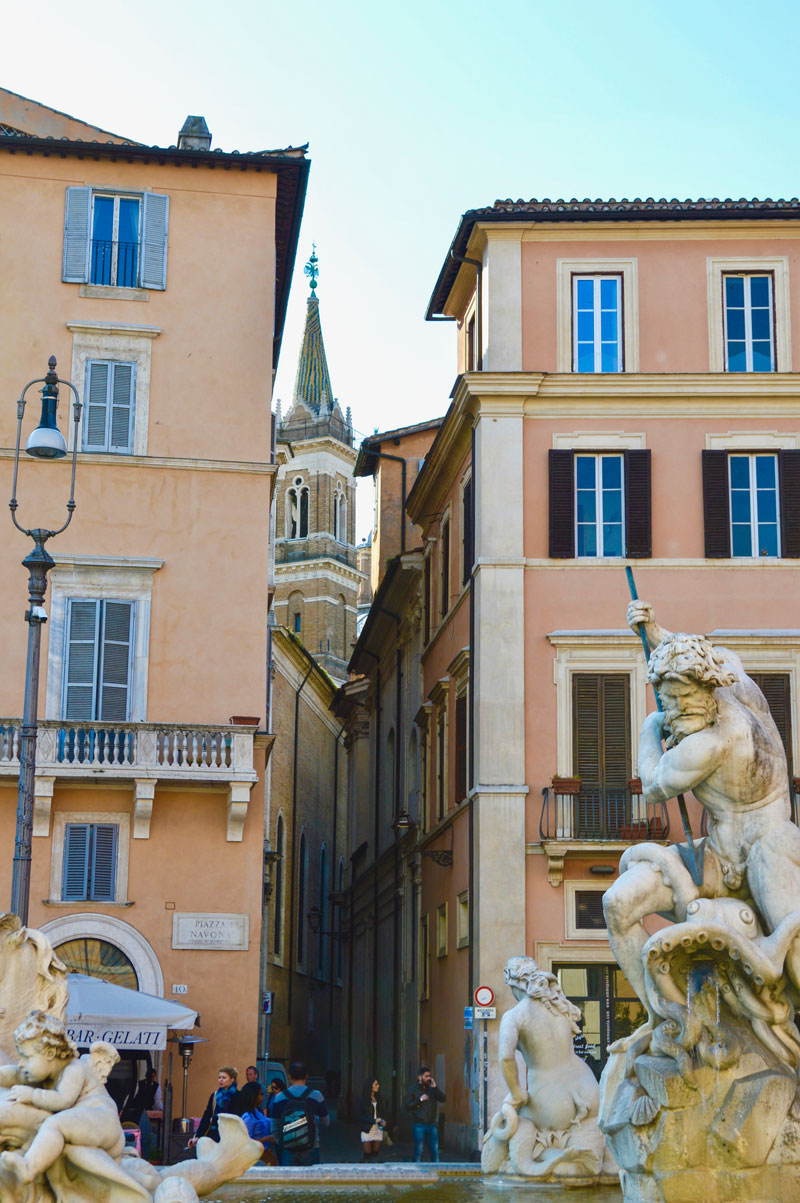 I wondered too, if after you've lived in Rome for awhile you take for granted all the remarkable art, culture and history surrounding you. Do Romans ever stop noticing?

But our tour leader stopped short on a walk across town one morning and pointed to the building in front of us.

I wasn't sure at first what she was referring to because the whole building was surrounded in scaffolding and looked like an archeological work in progress. 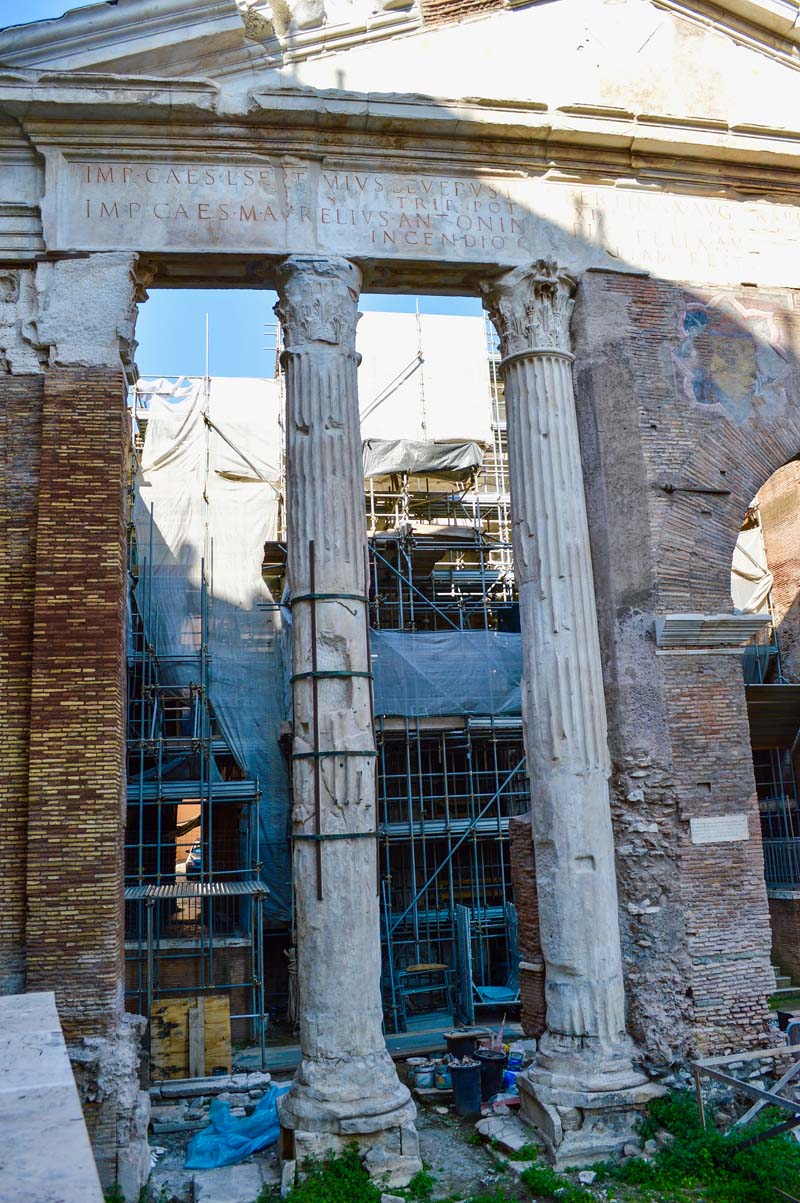 Was it the ancient bricks under the columns or the arches or the words above the columns?

But she was talking about the frescoes above one of the arches.

She said she'd just noticed them and swore they weren't there last week.

She marveled at the bright colors and said that was one of the best things about living in Rome {other than the food, of course} -- there was always a new discovery uncovered from the past. 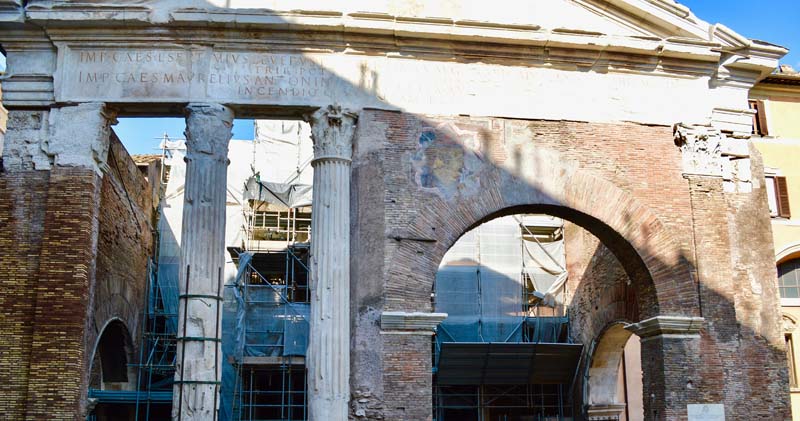 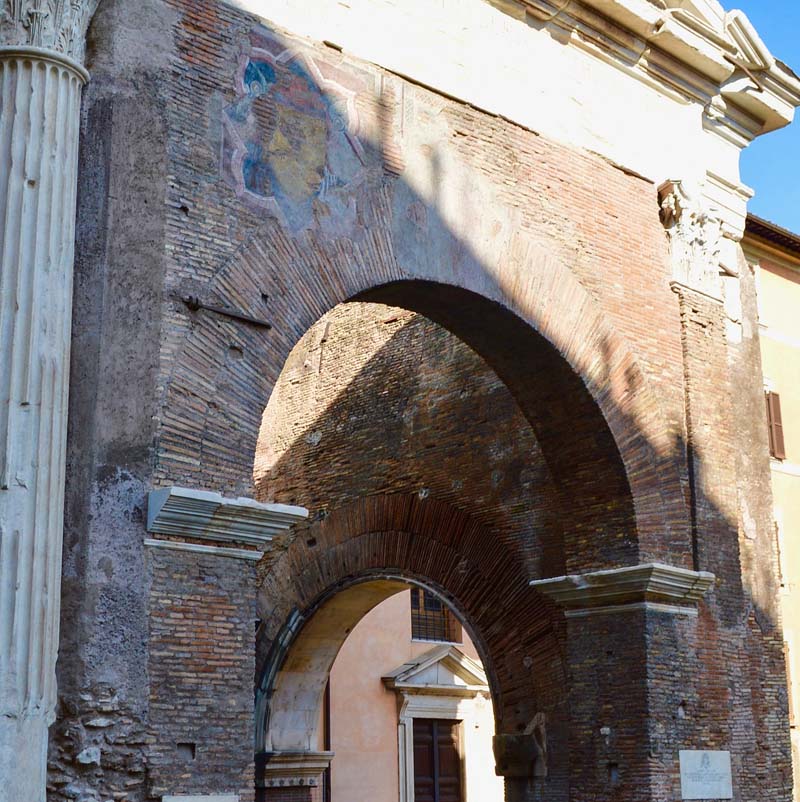 She told us there's always something new so Rome never gets old.

I kind of like that train of thought. So since I've returned, I'm doing as the Romans do.

As far as looking deeper, that is, along with buying cheese made in Italy and Italian coffee from my own grocery store to recreate some of the deliciousness I enjoyed in Rome.

And just between you and me, there's plenty to notice in this in-between time. 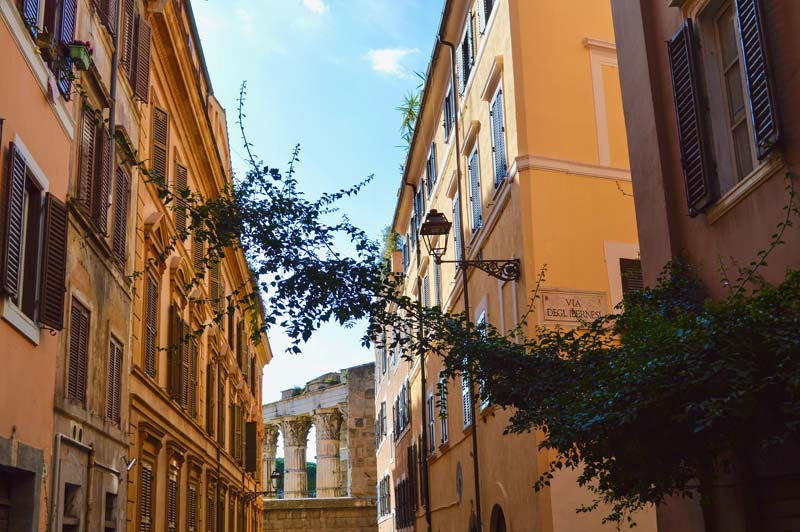 And if you'd like to read about a gem of a winery and olive oil farm I visited in the hills of Umbria, come join me at Culture with Travel! 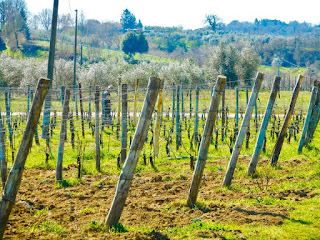 I'm visiting with my friends at Holley Gerth's place at Coffee for your Heart.