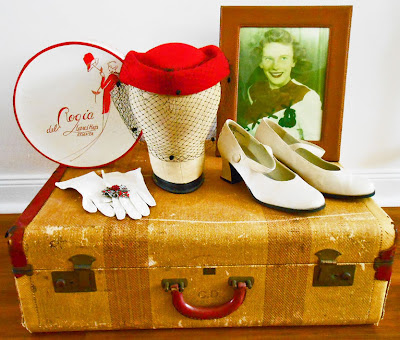 With my trip to Paris just six weeks away, I’m thinking about what shoes I’m going to pack.

I'm having a little trouble. I want to walk everywhere in Paris, but I always wear high heels. Usually four-inch heels.

I don’t own a pair of flats. Even my flip flops have a four-inch wedge platform. I wear tennis shoes only when I am running and walking. For exercise.

I come from a family of high-heel wearers.

I have photos from decades past depicting my relatives at picnics, amusement parks and lounging around the house on holidays, wearing high heels. Apparently, it’s an inherited trait.

But I haven’t always lived up to my family’s strict shoewear standards.

A decade or so ago, my sister informed me that my line of shoewear was serviceable. “At best,” she clarified.

She said my stodgy shoes were costing me prospective dates. Even though she is my younger sister, I defer to her on all matters of fashion, especially shoewear.

As my sister and staunchest supporter, she only wants me to look my best.

I promptly upgraded my slide-on two or three-inch wedges and kitten heels for pairs of four-inch patent leather pumps, peep-toes and strappy sandals.

No longer would I sport shoes with less than three-inch heels. I’m not sure if it was really a credit to the shoes, but the dates did pick up for awhile (before tapering off again), so maybe she was right.

Now, with my upcoming trip to Paris, I have received the most advice on the topic of my footwear.

My friends and colleagues tell me that I can’t possibly wear heels in Paris.

That it is a walking city with uneven cobblestone streets.

I was sent an email by a concerned friend warning me that if I didn’t buy flats to wear, I would end up on crutches.

Another friend instructed me that even if I insisted on wearing heels in the beginning of my trip, I wouldn’t last long and should carry a pair of flats in my purse to change into while out and about.

She's sure I would thank her later.

So against my better judgment, I set off to the Designer Shoe Warehouse in search of flats.

I found a pair of flat strappy sandals with black jewels lining the front. Even though they probably wouldn’t qualify as walking shoes for the streets of Paris, it was as flat as I could go.

When I got home I tried them on with the outfits I am taking to Paris. I looked in the mirror, feeling frumpy and dumpy in my skirts. My pants were all too long with flats. I don’t have a wardrobe for flats.

I grew depressed thinking about wearing them. Kind of like I had to wear orthopedic shoes.

So I boxed them up and returned them to DSW.

I exchanged them for a pair of black silk espadrilles with a three-inch wedge heel.

Perfectly sturdy for walking, yet with a hint of fashion flair with shirred fabric by the toes. I took them home and tried on my Paris wardrobe again.

Not exactly haute couture, but I didn’t hate them. Hopefully the Parisians won’t look down their noses as I stroll their streets, clad in these black espadrilles.

I appreciate the kind concern of my friends on my shoewear.

I have no doubt they have my best foot at heart.

But this is Paris. The mecca of fashion. The city of Chanel.

Although visions of Audrey Hepburn wearing her sweet ballet flats with her adorable black capris float through my head, I don’t look a bit like Audrey in flats.

I could possibly be quite wrong about this issue of shoes.

I have a hard time admitting when I am wrong. I am working on giving up the right to be right. To be more gracious when I say the words “You were right.” And mean it. To let the superiority go.

There are some things I have passionate feelings about, but I do not always have to be right. 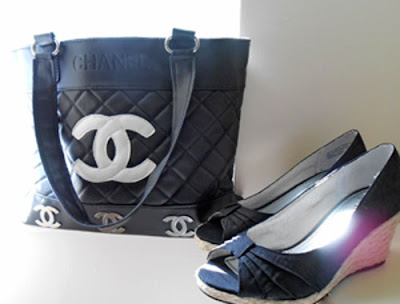 But on wearing flats in Paris? I can’t do it.

Maybe my feet won’t thank me, but at least I can hold my head high.

And I’ll make sure an abundant supply of band-aids are safely tucked in the pocket of my Chanel bag.
Email Post
Labels: Paris