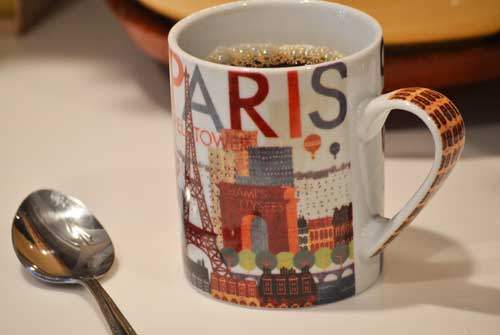 A table full of Paris stuff catches my eye as I walk through Nordstrom.

On display are a coffee mug with Paris tourist spots, a plate depicting a map of Paris, French notecards, magnets and kitchen towels.

I notice "The Little Paris Kitchen" cookbook, a beautifully photographed book with Rachel Khoo, a British chef who visits Paris bistros for her TV show on the BBC.

I had never heard of her until I was on the flight from New York to Paris and her cooking series was available for viewing on the plane. I was charmed by her lovely British accent and happily distracted as I watched her cook in her truly tiny Paris kitchen as I flew all night over the Atlantic. As I circle the Paris table at Nordstrom, I realize that I want all of it.

Everything that’s on display.

Then I stop and think that maybe it’s rather silly to buy Parisian things that aren't actually from Paris. But when I was in Paris, I walked in and out of numerous tourist shops, trying to decide what I wanted to take home as souvenirs of my trip.

I bought three bookmarks that said they were printed in the USA. I bought two Paris mugs, one at a lovely chocolate shop on Rue Mouffetard and one at a tacky tourist shop, and they were both stamped "made in China" on the bottom.

Even though they weren't made in Paris, I knew they at least spent a little bit of their life there.

Maybe it doesn't matter if I got it in Paris or not.

I would remember Paris when I drank my coffee. So I decide to buy the Paris mug in Nordstrom. 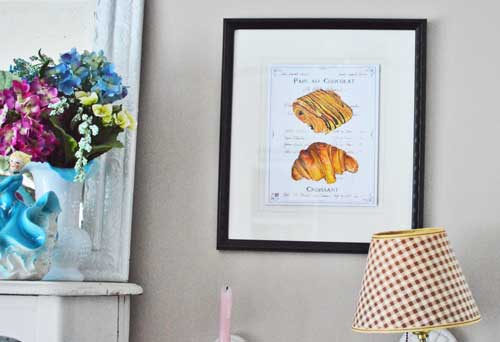 I had these same thoughts run through my mind a few weeks ago as I bought a picture of French pastries at Home Goods.

I put the picture in my cart and debated about buying it because it seemed so ordinary. I thought maybe I could find something more extraordinary and unusual somewhere else.

But in the end, I decided to buy the picture.

Because the pastry reminds me of the chocolate croissant I ate for breakfast several mornings in Paris.

I feel silly, being drawn to a picture in a discount store because it doesn't even seem like art.

But aren’t most of my things like that? Just things that prompt a memory? 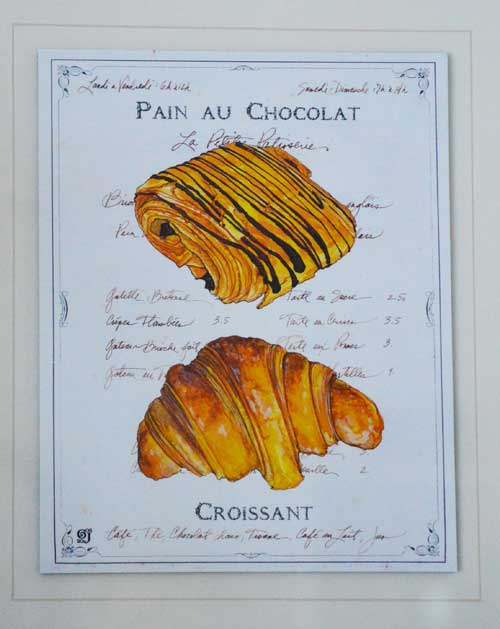 They remind me of times that are important only to me.

They remind me of what I’ve done, where I’ve been or what I’d like to do.

Ruffling the paperbacks on my bookshelf and inhaling the musty pages of books I’ve had since childhood reminds me of the used bookstores in Ft. Lauderdale my parents stopped at every year during our summer vacation.

I’d ride home to Pittsburgh surrounded by stacks of books in the backseat, straddling my legs around them.

A set of crazy vegetable magnets hung on my grandmother’s refrigerator. They’re kind of ridiculous. A carrot, tomato and celery stalk with faces. When she died, my mother handed me the box and said she wondered if I wanted the magnets.

I keep them because they remind me of my grandmother’s bountiful, old fashioned refrigerator. Klondike bars in the freezer, homemade potato salad and my favorite – deviled eggs -- in the fridge. 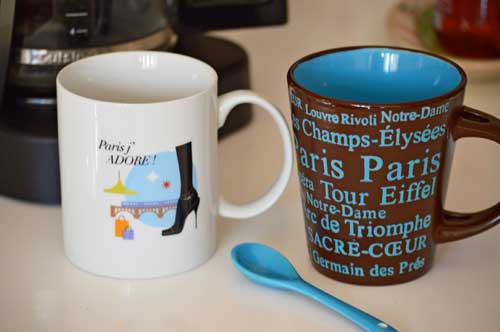 So I nail my French pastry picture on the wall in my kitchen, just above my coffeemaker.

I like thinking about my flaky croissant breakfasts in Paris as I drink my morning coffee in Orlando.

The artful city scene on my mug reminds me of the places I visited and loved – the Pantheon, Notre Dame, the Eiffel Tower.

And in a way, these things inspire me.

To remember the places I didn’t get to see in Paris -- Sacre Couer, Montmarte – and a dozen other places I want to visit.

Because someday soon I'm aspiring to go back to Paris. Because I think that's what souvenirs are supposed to do.

Prompt our hearts to remember the past.

And spark our imaginations to consider the future.

And always to dream of what’s yet possible. 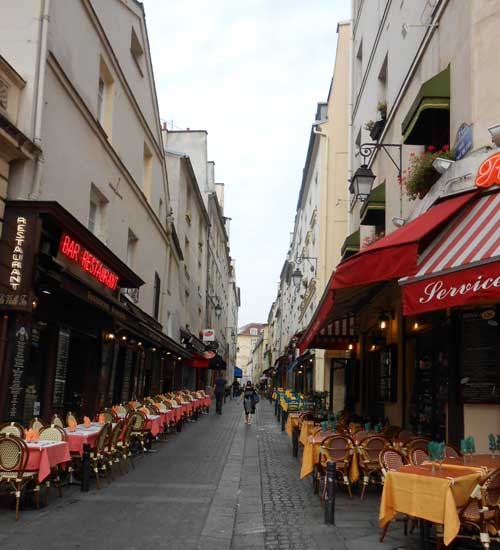