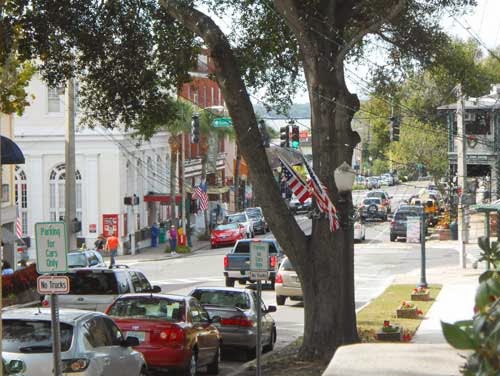 I spent last weekend lunching and shopping in Mount Dora, a small town just outside of Orlando.

The name is a little misleading because there’s not really a mountain there.

The mount is more like a hill. Or a gently rolling slope. I grew up in Pittsburgh, where there are a lot of hills. Steep ones. And very few of them are called mountains.

My aunt Charlotte lived in a house perched at the top of one hill and the bottom of another. Driving to her house was an adventure, full of curves and hairpin turns.

Near her house was a hill so steep it gave me the strangest sensation that the car could tip right over backwards. I still have nightmares about that hill.

So I really like Florida. It’s flat, the streets are straight and there aren’t many hills. Unless you want to count Mount Dora. 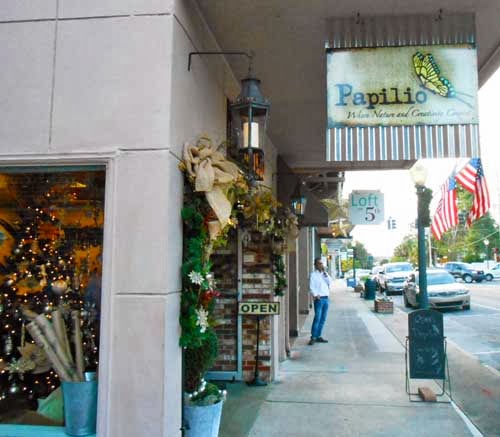 I often wish I were someone who takes things in stride calmly and steadily. Someone who has an easygoing demeanor. Who doesn't get excited about incidental, inconsequential and inconsiderable things.

But instead I tend to make mountains out of molehills.

I know I have a tendency to exaggerate the importance of all things trivial.

When I talk about these paltry happenings that seem so significant and important to me, my friends stare politely, waiting for more.

I imagine they’re expecting me to end my story with, “AND he asked me to marry him! Isn’t that remarkable?”

And it certainly would be. But the chances of having such a monumental ending to what I’m relating could not possibly live up to that standard of amazement.

When I ran into a man I kind of liked and his date in a restaurant, I thought it was so amazing that I had to immediately call a friend to go over every spellbinding detail.

She was putting her kids to bed and politely listened to me. But as I continued to talk, I realized the details were riveting only to me.

I felt deflated since I knew I was interrupting her and I wondered what on earth possessed me to think this was so enthralling.

So I thought about changing my ways when I ran into another old friend. I resisted my usual urge to text, call or email immediately.

As time wore on, I become rather unexcited about it. I downplayed the details.

After all, it wasn’t really that compelling. A hello exchanged. Some small talk.

Finally, I emailed a friend who I thought might be interested. She didn’t answer for several days.

Which supported my suspicion that it really wasn’t worth sharing.

But I like to wonder what these seemingly insignificant interactions mean.

I kind of enjoy pondering how these incidences fit into the puzzle of my life.

I imagine that maybe they’re sent from God as a personal message just for me via an unsuspecting participant in his plans.

Like the compliment from a stranger who says she likes my hairstyle.

The surprising email from a nearly forgotten grade-school chum who said she’d been hoping to reconnect with me.

The postcard from an acquaintance I met just once who wrote that she thought of me and was praying for me.

If I consider these daily happenings as nothing at all, then I think some of the joy, the surprise, the marvel, and the wonder of it all will be missing from my life.

And I don’t want to lose that.

So I’ll continue to contemplate my mini-dramas and reflect on the minor productions in my life.

They may turn out to be just hills or slopes or bumps in the road of my life.

But maybe some of the molehills will turn out to be mountains that I can clamber up. And who knows, maybe when I get to the top, I’ll find that the view was much more than I imagined.

The expanded perspective may show me that what I thought was nothing might be something after all.

Because who wants their life to be filled with meaningless molehills?

Not when I can view the surrounding panorama while I'm looking for the noteworthy, extraordinary and exceptional happenings that make up my very ordinary days.